The Sun is shining here briefly. Mind you, I said, briefly. The weather has been typical May here in Kansas. Sun and Happy Weather then lots of Cloudy, Loud, Rainy weather. Typical Kansas. It’s sunny now, and then will be thunderstorms the next 3 days, starting later today – so the weather man says. Today as been low key, besides my boss seriously calling me 15 minutes before someone wanted an appointment … I live 20 minutes away. You do the math. I told her that wasn’t possible, so I will be doing in later today to do it but I swear that woman isn’t the brightest crayon in the box. In fact, I know she isn’t. PS – I’ve been there 6 months and I’m the longest person on staff currently besides her – what is that saying. Anyways. 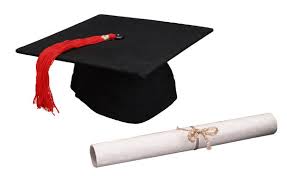 Saturday was my cousin Cameron’s Graduation, so I worked a little in the morning, then we spent the rest of the day with the family. It was a nice time, family, friends, food and beer. It was a good time. We took a break from the family and went and had dinner with Jamie, Brandon and Baby Cooper. We went and ate Asian, to celebrate Jamie and I’s birthdays. A bit late, but with Baby Cooper, we planned it this way. Jamie and I are two weeks apart to the day, so since we are in Kansas for right now, there was NO Excuse not to celebrate together! 😉 So, that was a great time! Then back to spend more time with family and friends for a bit.

Good thing Rapture didn’t happen, otherwise, we wouldn’t have made it to dinner. Gee, I was pretty worried about that whole thing happening (if you just believed that line, don’t.) – but the uproar it’s causing that’s kind of comical all in itself and that the Camper guy is seriously so flabbergasted that it didn’t happen. I feel bad for all of the people that ended up on the bandwagon though. Suppose it’s their own fault but I was reading about it and one 60-year-old man spend $140,000 on spreading the word for the Camper Clown. Geez. I think they said the total of money raised was $30,000,000 to spread the word of this happening. People sold property, left their families, quit their jobs, did all kinds of stupid things. It’s a bit enamoring. I’m not sure what is more enamoring though- the amount of money people seriously wasted or that many people bought into it. Sad really. The guy claimed Jesus was coming in 1994, but that failed to happen. I wish for the sake of the gullible people he would just stop already. It says in the Bible, that only God himself knows when the world will end and Jesus is coming back – the guy needs to give it up, and people need to stop believing it – wake up people – the man doesn’t have super powers, and can’t decode the Bible beyond imaginable. Geez.

ANYWHOOO…..Enough of that rant. Saturday was a lovely time, we really enjoyed spending time with family and friends we haven’t seen in a bit. Makes me feel bad we don’t spend as much time with them. Most of the people there we haven’t seen since …. well a few months, but enjoy most of the people that hang out with that group of friends. As for Jamie and Brandon – we have such a good time just spending time together and talking and laughing. They are seriously irreplaceable friends. It’s not easy to find friends that you can seriously sit there and do nothing but talk and enjoy one another. It’s quite nice really.

Sunday, we had a pretty low key day. Got some stuff done around the house, ran a couple errands went grocery shopping – but we did that about 7:30 last night and everywhere was quiet and lines were short, aisles we empty. Perfection. The perfect time to shop, aside from 11pm when we would shop in Denver because thats seriously only time you can go to WalMart without the genuine consideration of strangling someone because it’s so chaotic, so I think we might adopt Sunday night grocery shopping into our routine.

« Go Win Yourself some earrings! :)
Lesson: Persistence and Patience Pays Off. »