Next Tuesday is the anniversary of something quite important in my life.
Something that honestly, I probably take for granted most days and shouldn’t.
Something that I’ve just grown accustomed to because in fact, it’s been a apart of my life story for all of my life.
The something that determined my fate over two decades ago
and made it possible for me to be alive today.

Tuesday, the 28th of June is the Anniversary of my Heart Surgery.
Yep. Pretty stinkin’ important I suppose. 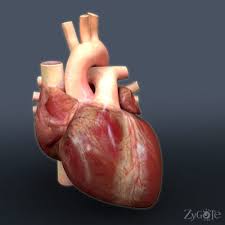 (I thought I would not put a REAL heart on here for the weak stomachs that read my blog! LOL)

I’ll give you the short version.

The Discovery.
one year check up the doctor head a heart murmur. said it was nothing – parent’s insisted it be checked out. Further investigation showed I have an anomalous origin of my left coronary artery.
Translation: My coronary artery was hooked to my pulmonary artery instead of my aorta.Further translation: the left side of my heart was the size of an adults – the right side was very small.

Needless to say, the doctors said if they wouldn’t have investigated further, I would have been living life, had a heart attack and died. Awesome.

Finding a Doctor.
First stop was KU Med and they discussed the procedure and said “this surgery is very rare. we have done it, but have had no successes.” Umm…yeah sure, here’s my kid. Open her up! I feel like gambling since you have been SO successful Doc! — NOT!

So, Children’s Mercy was the next stop.
They too agreed it was very rare, BUT they had successfully done it.
This was good news. More hope than KU Med gave.
So that is where the surgery was done on June 28th.
The Procedure.
The surgery took several hours, but was a success – obviously.
They put a tunnel through my heart to make it pump successfully.
There is still a murmur, and a mitro-valve leakage, but it’s liveable!

The Follow Ups.
Every year I would go in for my yearly cardiology appointments, get my prescription for in case I cut my mouth (dentist, etc.), and such to prevent infection.
Every year I would go in for my check up, echo-cardiogram (sonogram of the heart), and it was part of my yearly routine. I loved Dr. Canet he was an older gentleman with a huge heart, he wasn’t the one who did the surgery though
(that Dr. retired after my surgery. we like to think it wasn’t related.)
In 2005 he retired, a new doctor came in and he wasn’t anything like Dr. Canet. He was the type of Dr. that spend as little as time as possible, far from thorough, and that was when I decided I didn’t NEED to go every year. Nothing happened in all those year, it wouldn’t happen now.

Dr. Appointment 2010
Last year Ryan and I had insurance
(we hadn’t before because we weren’t married so I couldn’t be on his, and I had a pre-existing condition so getting it myself was nearly impossible, and if possible not affordable, and I was too old to be on my parent’s policy)
So, since we were married, and Ryan had a job with benefits, I decided after 5 years, it was a good time to go to the doctor. I search around Denver, and found an office that came highly recommended. I called, told them my condition they directed me to the best doctor for my case and I made the appointment.
The appointment came and Ryan decided to join me and we sat in the office for the usual 30 minutes to get in. Then another 45 to see the darn doctor.
I was annoyed. I just knew this doctor would be one like the last. Clueless of my case, going to give us 5 minutes for our time and we’d be done.

I was wrong. He knew everything about my case.
And what impressed me the most? Before he even started his appointment with me, he asked Ryan “Do you know your wife’s case? Do you know how unique it is?” Ryan had been told the general but never saw it on an actual heart 3D replica. So Dr. F showed him, and once Ryan could see – he proceeded with the appointment.

He told me how surprised he was that I hadn’t seen a doctor in 5 years considering what was found at the last appointment.
Uh…huh?I had no idea what he was talking about.
He proceeded to tell me that my last echo cardiogram showed that the tunnel they had created over two decades ago was disintegrating.My heart stopped and so did my world in that moment.
A million questions came into my mind, and I million questions came out.

Ryan was so overwhelmed by lingo and such he didn’t hear those words, he was caught in the moment of this new situation, and probably trying to remember what the doctor was explaining about his wife’s heart moments before on the heart replica. I thought he heard though. I was nervous for the scan. And Ryan didn’t understand why, me – thinking that he heard what was going on was ready to bombard him with anger and disbelief he would be so cold. But in that moment I realized he had no idea what was said.
He had no idea of the news that came that day.
So I sat there in that moment and told him.
He really had no words.
What do you say when your wife is sitting in front of your explaining that her heart’s tunnel – the one thing that keeps her going is disintegrating?
There is nothing to say.
But he said the one thing he could – it will be OK.

I had the echo-cardiogram done and I waited and waited. For One Week.
Nothing.
So I started making calls, and found out Dr. F was on vacation.
vacation? really? fabulous for him. really.Finally he was back in town and I got the call that it was stable, no further damage.
That was good news. As good as that kind of situation can have.

TodayWe will be going back to the doctor next month when we move back.
Although the doctor wanted me to come every 6 months, between not having insurance again because of a job change, and living in Kansas – we will be closer to the 18 month mark but have no fear, the doctor does know I’ve been in contact with the office, and I’ll be going soon!
We keep a hopeful heart that the problem will remain stable for … ever. But, we will take whatever comes our way, because really, it will be OK.
In the end it’s always OK, and if it’s not OK, it’s not the end. Right?

So here’s to the Anniversary of Surviving {a week early} because I have something else to celebrate that lovely day! 🙂