Well, there is a lot of excitement and happiness going around this year – my goodness!! This is certainly a good thing – it’s just pretty phenomenal! All of my friends are here are having babies or just had one within the last month and a half. We have multiple wedding save the dates and invitations attached to our fridge, and engagements seem to be occurring. 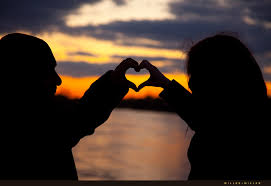 Source
Engagement News
My brother – the one I talked about here – announced that he and his girlfriend are engaged. Evidently this isn’t news per say, as they have been engaged for a couple of months but they were waiting until the excitement of the baby coming was announced – I will say it was a nice little compliment that we were the first ones to be told the news. I would like to have some objection of – they have only been together for 6 months or so! or if they get married later this year, he will only be 19!

Who would I be to say anything? There have been people that have been together for much less time before becoming engaged & getting married and there have been people much younger that have gotten married – and in both situations there have been people who have lasted many many years in marriage. So, seeing how happy these two are, with their little happy family of three, I can’t help but to be happy for them! Afterall, I knew before Ryan and I were officially dating that he was who I wanted to spend my life with and I was younger than my brother at that time! I was older than my brother by the time we were actually engaged and so I was older when we were married – but we were together nearly 4 years before we were engaged, because that was when we felt it was finally time – although we had known for years.
Weddings
We have so many weddings to go to this year.
We are excited that we will be visiting Colorado this month for a wedding for one of the guys that was in our wedding. Here is the story, and it’s kind of comical. He stood next to Ryan’s Best Man, and he caught the garter in our wedding. Shaun wasn’t dating anyone at the time of our wedding, so we figured it was one of those yeah sure – you’ll be next. Nice catch buddy kind of things. Needless to say, within a month and a half probably Shaun began to date Barb who he had known for many years and always had a small crush on. Needless to say, a few months later they became engaged! So, We have Shauns Wedding this month, I’m in a wedding in April for my friend Jessica, whom I have been friends with since Elementary School… Then we have Ryan’s Cousin, Kristen’s wedding in July in Missouri, Another friend of mine is getting married in CO in June (which we won’t make it for probably) his other cousin Becky’s in August in like Oklahoma?, and I have another friend’s wedding that we are going to try to go in Wyoming in September. Then who knows when my brother will be setting his wedding. THEN I have lots of lovely followers, and blogs I am following that are getting married!!

Yes, lots of LOVE, lots of Weddings! I LOVE Weddings! Mine was somewhat of a disaster (seriously!) but at the end of the day all that mattered was that I was married to my best friend! Some of the best advice I ever received came to us on our wedding day! Stay tuned, I’ll share that with you tomorrow!
Baby News

All of my Kansas friends are having babies or have had them within the last month and a half. Seriously! So cute!

My very dear friend, Jamie, whom was the matron of honor in my wedding is pregnant (when she found out several months ago I was the second person to know!) and she is due on May 7th, so her baby shower is coming up soon (April!). She is having a little boy, so exciting! Mr. Cooper Lee! I’m so happy for her!!

One of the gals I work with, a new friend of mine, miss Elena is pregnant with a boy and is due in May!!!

A dear friend of mine, Kathryn, is due with her second baby in July, which was completely unexpected!! So, a new life is exciting – the timing isn’t the greatest for her, but she is delighted to have a new baby on the way!

Then another friend of mine, just found out recently she will be having a baby at the end of September (so she like just found out!).

All of these lovely ladies, are all married – but not expecting to have a baby on the way at this moment. Funny how God sometimes picks the times we never would have picked ourselves, huh?? Ryan and I are the only ones that aren’t expecting a baby – contrary to what one of my friends seems to believe (we will leave that for another post!) – we are quite thrilled that our time for having a baby isn’t during this baby boom of all of our friends, but we are soooo excited for all of our friends, and family members! Lots of love and excitement!

« a not so good review for blogbooster, but a snow day for me!
Sometimes the Simplest Words Change Us »