The past few months, since we decided to put our life in Kansas, my dad has been kind enough to let us stay in his home with him (along with our 2 dogs inside, and our 3 cats in the shop). This is very kind of him, I might add – he is a bachelor used to his quite empty house with just him and his dogs. The ability to sit there in his office working on his business stuff, the dog laying aside the desk with the door open, with no distractions. He didn’t have his daughter telling him canned salmon and popcorn, isn’t really a well balanced meal to eat 4-6 days a week. Never did he have to worry about if someone else’s laundry was in the washer or dryer, other than his that needed to be swapped. His world was quiet, his own – lonely somedays I am sure but mostly he is free, he has his home to himself, total privacy. The quiet I’m sure is nice, he talks about it frequently – that’s why he doesn’t seem to date much, he likes his space, beat to his own drum and doesn’t have the pressure of anyone else telling him when and what he needs to do. So, as I am sure it was nice for a while for us to be around since we had been living in Colorado for 4 years, but you can tell he is ready to have his space again.

We, too, are ready for our own space again. Where we are burdening someone else with living with them, adding our stuff and life to theirs. Worrying about whether we are coming home too late, or being a bit too loud. We have gotten a lot more comfortable since we moved in originally, however, it’s still the idea and feeling that we are a burden still. We wonder when we are gone if my dad thinks its a hassle to take care of our dogs, and such. My dad would never tell us if we were, we know that – but it’s still the idea of infringing on him for the last 5 months. Now, we have certainly be searching and searching these past months. First searching for jobs, and we achieved that – both of us, which was a relief. This economy is a lot worse that I realized, I must admit. Then it was on to house hunting now that we had the income to be searching. We searched, and searched – getting our hopes up thanks to the online photos only to find homes in not-so-nice-areas, houses not taken care of – old homes with bad insulation which would sky rocket the utility bills.

We became frustrated, and then we found a house, the house. The house isn’t perfect on the outside or brand new, but the upstairs (the main living) was completely redone. Beautiful. New laminate wood flooring, new stone counter tops, fresh paint, a fire place, fenced yard…it was a house I could see us in. It was perfect enough for us. The price however, but not so ideal and perfect. We tried to negotiate, but the owner decided he was going to go with a management company that said he could get even more for it, our hopes were pretty crushed. That was the first house we had seen that we could see ourselves living in. It was by the lake, nice, and just felt cozy. So we decided to let it go, because we weren’t willing to pay the overpriced rent – we began our search again. Feeling a bit defeated, and a little discouraged we kept searching, then something amazing happened. Even after the owner went with a management company increasing the rent even higher than he was asking before, he took our offer! We were so relieved, we had no longer had the hopes of having this house, and by the grace of God – we got it! Yes – we finally have a house! Signed the lease today, got the keys and start moving in this weekend. 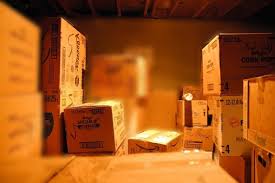 Moving, it’s not something that I would call enjoyable. The idea (rather than moving itself) of moving is very exciting – it’s like a clean slate, a house different than we have ever had before, a place to call OURS again. I have missed that. We can now entertain, come home whenever we want, listen to loud movies til whatever hours of the night. It will be hours. Wall art can be placed where we would like, kitchen cabinets will be lined with our dishes, drawers with our utensils and cookware, the pantry lined with our foods. We have been waiting for this, and I am quite excited to tell you the truth. Some of you already know, it’s been a long time…way too long. The next couple days will be crazy, I know this and to be honest I tend to dread moving – it’s really not fun for anyone. I’m looking forward to the unpacking though, since I haven’t seen most of our stuff in many months and just synchronizing into a little bit of serenity of our life, our own life, again, like it’s been for the past several years is elating. This elating excitement is what will get me through the chaos of moving this weekend…that is for sure!

So, the next few days, I’ll probably be non-existent in this big blog world, which somewhat saddens me but I’m sure I’ll have plenty to talk about in the days following!

« Loving and Appreciating.. Just a Bit More…
The Beauty and the Chaos »