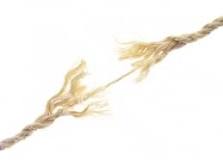 I am so twisted up in emotions lately it’s not even funny. There has been so much going on that I honestly don’t know how to handle it all!

First, I find out that Yianis has Hodgkins Lymphoma Stage 4. WHAT!?! He found a lump on his shoulder and had surgery the day after a check up, a surgery the next week, and then start chemotherapy the next Monday! AHHH! The prognosis is good with chemo which is a relief but it’s so scary! I wish I knew what to say to him, I mean really say to him! I have told him that I am so sorry that, that has happened to him, but you can only say sorry so many times and there is only so many that can be said before that person wants to go crazy! I text him a couple of times a week to make sure that he is OK, but it’s just so much to take in! I’m just sick on cancer! There is too much of it in this world, I wish it would just disappear. I am in the process of getting a booth at the Denver Lymphoma and Leukemia Society Walk (and maybe Longmont), and doing chair massage. Obviously it would be free, but if there are any tips I will be giving that back to the Lymphoma and Leukemia Society or I will be giving it to Yianis to help with medical expenses!

I have 5 finals and one presentation within the next 3 days. I’m a little stressed about all the finals (It’s a lot of intense finals) but I am a little sad about being done with school. I can’t stand the school’s politics and such but the people in my class, I am really going to miss. I have every right to have mixed feelings but I don’t want them! Part of me wants to jump up and down with a great big sigh of relief but the other kind of wants to cry!! (lame I know!) I don’t understand it! Wednesday is the last day of my classes and I have been looking forward to it for what seems like has been forever but now that it’s here I am kind of sad. I didn’t come to this school to make friends and that has been the mind-set that I have had since the beginning, but something crazy and unexpected happened, I ended up making friends. My class has been my family for the last seven months and now everything is about to just fade away! Some people will be moving far away, some moving away in the same state, and some are staying right in the same area they are but it’s not the same. I have met some really great people, and some people that I would really call real friends. I know, I know, just because it’s the end of school doesn’t mean that I won’t see those people or we won’t still be friends, but it all really comes back to change. Change may be what I am scared of. Who knows.

« Songs of my Heartstrings
Feeling Stagnant= an Unwelcome Feeling »